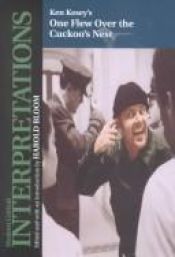 One Flew Over the Cuckoo's Nest is a novel written by Ken Kesey. Set in an Oregon psychiatric hospital, the narrative serves as a study of the institutional processes and the human mind as well as a critique of behaviorism and a celebration of humanistic principles. Published in 1962, the novel was adapted into a Broadway play by Dale Wasserman in 1963. Bo Goldman adapted the novel for the 1975 film directed by Miloš Forman, which won five Academy Awards.
Time Magazine included the novel in its "100 Best English-language Novels from 1923 to 2005" list.

Clans of the Alphane Moon