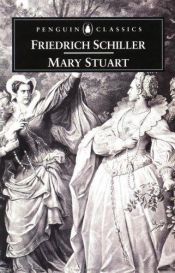 Schiller's grand historical tragedy is a battle of wits between Mary Queen of Scots and her captor, Queen Elizabeth I.

Mary has been held prisoner for nineteen years by her cousin, Elizabeth I, who has condemned her to death, but is reluctant to be seen to carry out the sentence. Leicester, Elizabeth's favorite and Mary's ex-lover, engineers a meeting of the two Queens - an encounter which never took place in historical fact - from which Mary emerges triumphant but doomed.