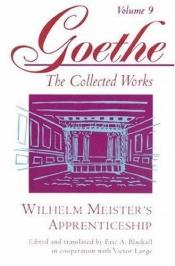 Wilhelm Meister's Apprenticeship, a novel of self-realization greatly admired by the Romantics, has been called the first Bildungsroman and has had a tremendous influence on the history of the German novel. The story centers on Wilhelm, a young man living in the mid-1700s who strives to break free from the restrictive world of economics and seeks fulfillment as an actor and playwright. Along with Eric Blackall's fresh translation of the work, this edition contains notes and an afterword by the translator that aims to put this novel into historical and artistic perspective for twentieth-century readers while showing how it defies categorization.