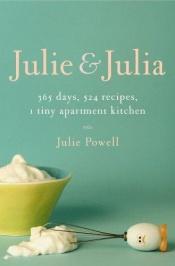 Now in paperback-the format in which it's destined to become a reading group favorite-the most heralded and hilarious memoir of recent years:

Nearing 30 and trapped in a dead-end secretarial job, Julie Powell reclaims her life by cooking every single recipe in Julia Child's legendary Mastering the Art of French Cooking in the span of one year. It's a hysterical, inconceivable redemptive journey - life rediscovered through aspics, calves' brains and crème brûlée.

Under the Tuscan Sun

Climbing the Mango Trees: A Memoir of a Childhood i …

The Sweet Life in Paris: Delicious Adventures in th …