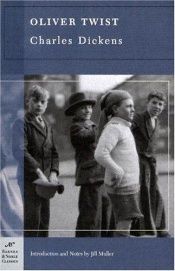 Oliver Twist is the second novel by Charles Dickens, and was first published as a serial 1837–9. The story is of the orphan Oliver Twist, who starts his life in a workhouse and is then sold into an apprenticeship with an undertaker. He escapes from there and travels to London where he meets the Artful Dodger, a member of a gang of juvenile pickpockets, which is led by the elderly criminal Fagin. Oliver Twist is notable for Dickens's unromantic portrayal of criminals and their sordid lives, as well as exposing the cruel treatment of the many orphans in London in the mid–nineteenth century.

Thank you so much for making me smile while reading your book. such a compelling story. If you have some great stories like this one, you can publish it on Novel Star, just submit your story to [email protected] or [email protected]

0 Responses
0
posted about one week ago

Three Men in a Boat