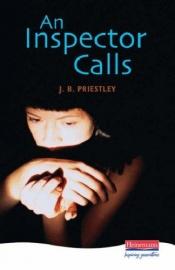 by John B. Priestley

An Inspector Calls is a play written by English dramatist J. B. Priestley, set in 1912 and first performed in 1945 in the Soviet Union and 1946 in the UK. It is one of Priestley's best known works for the stage and considered to be one of the classics of mid-20th-century English theatre. The play's success and reputation has been boosted in recent years by a successful revival by English director Stephen Daldry for the National Theatre in 1992., and a tour of the UK in 2011–2012.
The play is a three-act drama, which takes place on a single night in 1912, focusing on the prosperous middle-class Birling family, who live in a comfortable home in Brumley, "an industrial city in the north Midlands". The family is visited by a man calling himself Inspector Goole, who questions the family about the suicide of a young working-class woman, Eva Smith. The family are interrogated and revealed to have been responsible for the young woman's exploitation, abandonment and social ruin, effectively leading to her death.

The Rise of Silas Lapham

Lives of the Saints