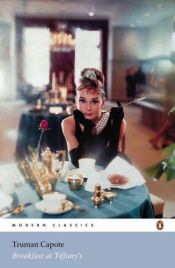 With her tousled blond hair and upturned nose, dark glasses and chic black dresses, Holly Golightly is top notch in style and a sensation wherever she goes. Her brownstone apartment vibrates with martini-soaked parties as she plays hostess to millionaires and gangsters alike. Yet Holly never loses sight of her ultimate goal - to find a real life place like Tiffany's that makes her feel at home. Immortalized in a film starring Audrey Hepburn, Truman Capote's "Breakfast at Tiffany's" is full of sharp wit and in its exuberant cast of characters vividly captures the restless, slightly madcap era of early 1940s New York.

The Diamond as Big as the Ritz