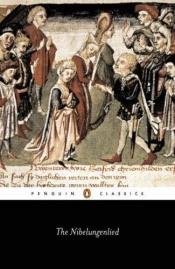 A story of guile, treachery, loyalty and desperate courage

This great German epic poem of murder and revenge recounts with particular strength and directness the progress of Siegfried's love for the peerless Kriemhild, the wedding of Gunther - her brother - and Brunhild, the quarrel between the two queens, Hagen's treacherous murder of Siegfried, and Kriemhild's eventual triumph.

Composed nearly eight hundred years ago by an unnamed poet, the Nibelungenlied is the principal literary expression of those heroic legends of which Richard Wagner made such free use in The Ring. A. T. Hatto's translation transforms an old text into a story as readable and exciting as Homer's Iliad.

Comedy of Dante Alighieri the Florentine. Cantica I …