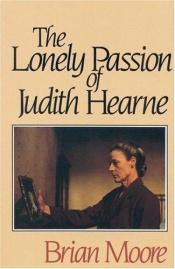 Judith Hearne, was regarded by Northern Irish-Canadian writer Brian Moore as his first novel. The book was published in 1955, after Moore had left Ireland and was living in Canada. It was rejected by ten American publishers before being accepted by a British publisher. Diana Athill's memoir, Stet, has information about the publishing of Judith Hearne.
Set in Belfast in the 1950s, Judith Hearne has been described as "a sensitive study of a middle-aged alcoholic woman in drab Belfast and her desperate last attempts at finding love and companionship".
Moore won the Authors' Club First Novel Award and the Beta Sigma Phi award for this work, although it was not his first novel.
A film based on the book, but with the story relocated to Dublin, was released in 1987 with Maggie Smith in the title role.
The book was republished by HarperCollins, under the title The Lonely Passion of Judith Hearne, on 16 July 2007 in the Harper Perennial Modern Classics series.