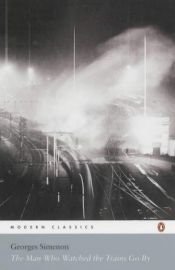 Kees Popinga is a solid Dutch burgher whose idea of a night on the town is a game of chess at his club. Or so it has always appeared. But one night this model husband and devoted father discovers his boss is bankrupt and that his own carefully tended life is in ruins. Before, he had looked on impassively as the trains to the outside world swept by; now he catches the first train he can to Amsterdam. Not long after that, he commits murder.

Kees Popinga is tired of being Kees Popinga. He's going to turn over a new leaf—though there will be hell to pay.