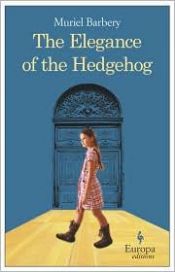 An enchanting New York Times and international bestseller and award-winner about life, art, literature, philosophy, culture, class, privilege, and power, seen through the eyes of a 54-year old French concierge and a precocious but troubled 12-year-old girl.
Renée Michel is the 54-year-old concierge of a luxury Paris apartment building. Her exterior (“short, ugly, and plump”) and demeanor (“poor, discreet, and insignificant”) belie her keen, questing mind and profound erudition. Paloma Josse is a 12-year-old genius who behaves as everyone expects her to behave: a mediocre pre-teen high on adolescent subculture, a good but not outstanding student, an obedient if obstinate daughter. She plans to kill herself on the sixteenth of June, her thirteenth birthday.
Both Renée and Paloma hide their true talents and finest qualities from the bourgeois families around them, until a wealthy Japanese gentleman named Ozu moves into building. Only he sees through them, perceiving the secret that haunts Renée, winning Paloma's trust, and helping the two discover their kindred souls. Moving, funny, tender, and triumphant, Barbery's novel exalts the quiet victories of the inconspicuous among us.

Probably my new favorite book. While there isn't a lot of traditional "action," there's so much more than that. It's simply beautifully crafted.