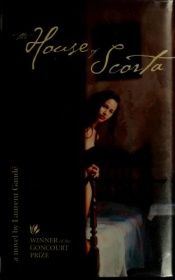 An epic tale of love, lies, and a family’s disgrace in the unforgiving south of Italy.

The saga of the Scortas opens in 1870 with Rocco Scorta Mascalzone, the bastard product of a rape and a notorious scoundrel whose legacy the family is forced to confront. While their lineage seems doomed to struggle, the Scortas are blessed with an imposing pride and a relentless faith in their own power. Besides a little tobacco shop they manage to open with their years of savings, their wealth all but lies in their memories and their collective belief in the pursuit of happiness.

Gaudé’s omniscient, linear narrative is interwoven with the recollections of the old Carmela as she delivers her last confession to the family priest, exposing the family’s deep-buried secret.