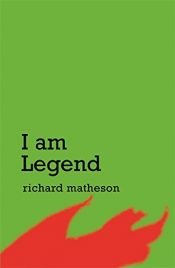 From out of the night came the living dead with one purpose: destroy Robert Neville, the last man on earth. A mysterious plague has swept the planet leaving in its wake this one survivor. But there is still life of a sort--vampires, the strengthless half-dead who press on Neville from every side. He is almost tempted to join them in I AM LEGEND.

It started simply enough in THE SHRINKING MAN. One moment Scott Carey was in the sunlight, the next he was being soaked by a warm, glittering spray. His skin tingled, and soon he began to change, to grow smaller and smaller, until his mere existence was at stake.

"Not for the squeamish. Richard Matheson brings vividly to life that ancient terror of the unknown." (Publisher's Source)

Loved this book, better than the movie. Richard is a wonderful writer.