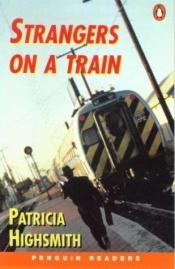 Strangers on a Train

Strangers on a Train is a psychological thriller novel by Patricia Highsmith about two men who meet and agree to "trade" murders so that neither will be a suspect in the death of their respective victim.
It was adapted as a film in 1951 by director Alfred Hitchcock. It has subsequently been adapted several times in film and television, both whole and in part. The novel was adapted to radio in 2004 by Craig Warner, and adapted to the stage in 2013. In 2015, it was announced that director David Fincher and writer Gillian Flynn are working on a remake for Warner Bros. that is said to be a "modern take" of the Hitchcock version.