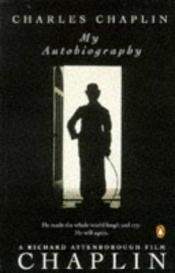 Charles Chaplin was born in London in 1889 to actor parents. His career in films started in 1914 with a string of single-reelers for Keystone Comedy Film Company. Success was immediate, and nine years later, to get better terms, he helped form United Artists.

Chaplin's life was full of controversy, from his memorable arguments with the government about taxes to his marriage late in life to Oona O'Neill, daughter of playwright Eugene and two generations his junior. By her he sired an extensive brood. She in turn cared for him devotedly through the remainder of his long life (he died on Christmas Day, 1977).

"From a destitute childhood in Victorian London to fame without frontiers...one of the success extravaganzas of the century." (Publisher's Source)