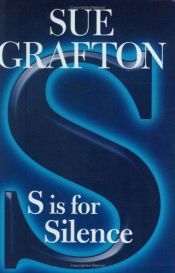 "S" Is for Silence

"S" Is for Silence is the 19th novel in Sue Grafton's "Alphabet" series of mystery novels and features Kinsey Millhone, a private eye based in Santa Teresa, California. In a departure from the series format, this novel is set in alternating chapters both in the "past" of 1953 and the "present" of 1987.
In December 2005, this novel topped The New York Times best-seller list for hardcover fiction. By December 2006, there were 1.2 million copies in print.

"O" Is for Outlaw

R is for Ricochet