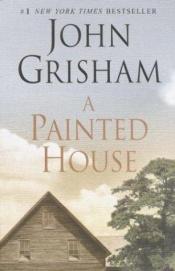 A Painted House is a February 2001 novel by American author John Grisham. It was made into a television film in 2003, starring Scott Glenn and Logan Lerman.
Inspired by his childhood in Arkansas, it is Grisham's first major work outside the legal thriller genre in which he established himself. Set in the late summer and early fall of 1952, its story is told through the eyes of seven-year-old Luke Chandler, the youngest in a family of cotton farmers struggling to harvest their crop and earn enough to settle their debts. The novel portrays the experiences that bring him from a world of innocence into one of harsh reality.

The Day of the Jackal