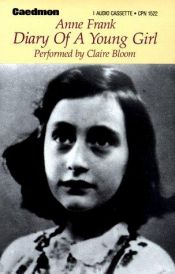 Tales from the Secret Annex, is a collection of miscellaneous prose fiction and non-fiction written by Anne Frank while she was in hiding during the Nazi occupation of The Netherlands. It was first published in The Netherlands in 1949, then in an expanded edition in 1960. A complete edition appeared in 1982, and was later included in the 2003 publication of The Revised Critical Edition of The Diary of Anne Frank.
Along with her posthumously published diary, written in hiding between 1942 and 1944, Anne Frank wrote short stories, essays, personal recollections, and the first five chapters of a novel. The latter was written in the back half of one of her diary notebooks, while the short pieces were compiled into a journal begun on September 2, 1943. Entitled Verhaaltjes, en gebeurtenissen uit het Achterhuis beschreven door Anne Frank, it was recovered with her other manuscripts from her hiding place by Miep Gies and Bep Voskuijl following Anne Frank's arrest by the Gestapo on August 19, 1944.

I Sing the Body Electric

R Is for Rocket