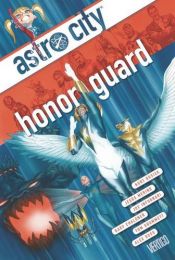 A monster's-eye-view of heroes, fear, battle and more, as the Living Nightmare--the embodiment of fear itself--goes up against the Honor Guard, and all its secrets come to light. This is a story that could change the team forever. And half of them just got new costumes, too.

Meanwhile, Starfighter has been enjoying a hero's reward for decades. But with dark forces stirring in the cosmos, will he be called back to action? Or are there other paths? A look into the past, present and future of Astro City's cosmic guardian, featuring guest artist Jesús Merino. Collects ASTRO CITY #13, #22, #25, #27-28 and #31