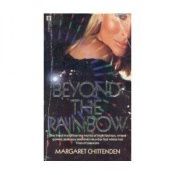 She was a dazzling model, an international celebrity, torn between two glorious men! - With a brilliant flash and the click of a camera, Chrissy Jones, a simple small-town girl alone in Hollywood, became Kristi Johanssen, celebrity model whose dazzling face could be found on the cover of every major magazine the world over. Her dream of success and stardom, so often longed for, so often put aside, was finally coming true.
Soon this dream would be complete when Kristi married Dr. Philip Talbot, heir to a huge fortune and renowned plastic surgeon for Hollywood's most glamorous women. If only she could return Philip's love completely, without intrusion from the painful memories of her past, her fairytale life could have a happy ending.
Enter Gareth St. John, the flamboyant film star whose mysterious disappearance fueled the gossip columns long after his last box-office hit. Now Gareth's languid whispers filled Kristi's deepest thoughts, beckoning her from the life she had tried desperately to create....

A Pale View of Hills