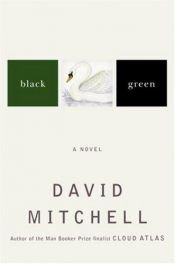 Black Swan Green is a semi-autobiographical bildungsroman written by David Mitchell. It was published in April 2006 in the U.S. and May 2006 in the UK. The novel's thirteen chapters each represent one month—from January 1982 through January 1983—in the life of 13-year-old Worcestershire boy Jason Taylor. The novel is written from the perspective of Taylor and employs many teen colloquialisms and popular-culture references from early-1980s England.
Mitchell has the speech disorder of stammering, "I’d probably still be avoiding the subject today had I not outed myself by writing a semi-autobiographical novel, Black Swan Green, narrated by a stammering 13 year old."
Black Swan Green is currently being adapted for Ruby Films and Channel 4 by Tony Marchant.

I Capture the Castle

The Rain Before It Falls