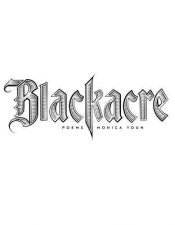 “Blackacre” is a centuries-old legal fiction―a placeholder name for a hypothetical estate. Treacherously lush or alluringly bleak, these poems reframe their subjects as landscape, as legacy―a bereavement, an intimacy, a racial identity, a pubescence, a culpability, a diagnosis. With a surveyor’s keenest tools, Youn marks the boundaries of the given, what we have been allotted: acreage that has been ruthlessly fenced, previously tenanted, ploughed and harvested, enriched and depleted. In the title sequence, the poet gleans a second crop from the field of Milton’s great sonnet on his blindness: a lyric meditation on her barrenness, on her own desire―her own struggle―to conceive a child. What happens when the transformative imagination comes up against the limits of unalterable fact?