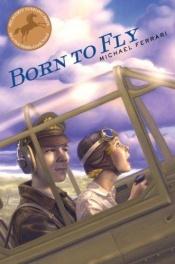 Born to Fly tells the story of eleven-year-old tomboy Bird McGill. Ever since she can remember, Bird has loved flying in small propeller airplanes with her mechanic dad. When the local airstrip is turned into a military flight school, Bird is in heaven. But when a young Japanese American student named Kenji Fujita joins Bird’s class, the entire school seems to be convinced that he’s a spy, or at the very least, that he and his uncle want the Japanese to win. Bird is wary of Kenji, not just because he’s Japanese, but because he steals her flight-related topic for a school report and leaves her to write about the deadly boring local marsh weed. But on Bird’s first trip to the marsh, she and Kenji accidentally discover real spy activity in the area. Bird realizes that Kenji is actually a stand-up guy—and she and Kenji begin an adventure that will shake the town and may even change the future of the United States.

Winner of the Dell Yearling Contest

The Road to Memphis