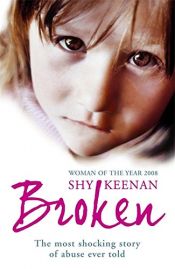 Shy Keenan was not meant to survive her childhood. Her mother beat her so severely that she was deaf and nearly blind by her first day in school. Her stepsister thought nothing of pouring boiling water over her, and virtually every day she was raped by her stepfather. At age 10 she was sold to a gang of dockworkers, viciously attacked, and left for dead in a field with a fractured skull. Today, Shy is an internationally respected advocate in the fight for justice for victims of child sexual abuse. Six years ago, her testimony secured the imprisonment of her stepfather and his associates for a catalogue of crimes against children. This success was achieved only after a journey through extensive psychiatric care, prison, and near-suicide. Shy’s experiences expose the extreme wickedness of which some are capable, but also tell a story of hope, strength, and courage.

Why I Killed Peter

The Saddest Girl in the World

The Wounded Heart: Hope for Adult Victims of Childh …

A Piece of Cake: A Memoir

Oh the Glory of It All

Split: A Memoir of Divorce

The flame trees of Thika