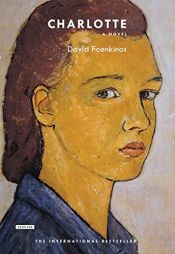 Internationally literary phenomenon, multiple award-winner, and massive bestseller with over 500,000 copies in print in France and rights sold in 20 countries, Charlotte tells the story of artist Charlotte Salomon―born in pre-World War II Berlin to a Jewish family traumatized by suicide.

Obsessed with art, and with living, Charlotte attended school in Germany until it was too dangerous to remain, fled to France, and was interned in a bleak work camp from which she narrowly escaped. Newly free, she spent two years in almost total solitude, creating a series of autobiographical art―images, words, even musical scores―that together tell her life story. A pregnant Charlotte was killed in Auschwitz at the age of 26, but not before she entrusted her life's work to a friend, who kept it safe until peacetime. The result, an extraordinary novel avant la lettre, was eventually published as Life? or Theatre? (and now reissued by Overlook), a unique, relentlessly complete artistic expression.

In Charlotte, David Foenkinos―with passion, life, humor, and intelligent observation―has written his own utterly original tribute to Charlotte Salomon's tragic life and transcendent art. His gorgeous, haunting, and ultimately redemptive novel is the result of a long-cherished desire to honor this young artist. Infused with the emotion of a writer who connects deeply with his subject, and masterfully and sensitively translated by Sam Taylor, Charlotte is a triumph of creative expression, a monument to genius stilled too soon, and an ode to the will to survive.

Tevye the Dairyman and The Railroad Stories

A Tale of Love and Darkness