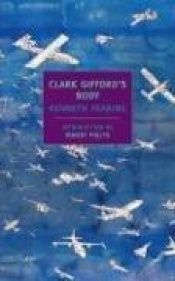 Back in Print After Fifty Years


Clark Gifford? A cipher. A disaffected, vaguely idealistic politician in a nameless media-driven modern state where representative politics has dwindled to the corrupt transaction of business as usual and a new foreign war is always breaking out. One night Gifford and his followers seize some radio stations and broadcast a call for freedom—a rebellion that is immediately put down by the government and whose motive will remain forever obscure. Even so, it leads to twenty years of war.

A paranoid tour de force of political noir, Clark Gifford’s Body skips back and forth in time, interspersing newspaper clippings and court transcripts with the reactions and reminiscences of the politicians, generals, businessmen, journalists, waiters, and soldiers who double as the actors and the chorus in a drama over which, finally, they have no control. Who here is leading? Who is being led? Fearing’s novel is a pseudo-documentary of a world given over to pseudo-politics and pseudo-events, a prophetic glimpse of the future as a poisonous fog.

“I have not developed the habit of reading thrillers, but I have read enough of them to know that from now on Mr. Fearing is my man.”–The New Yorker

Of Love and Shadows