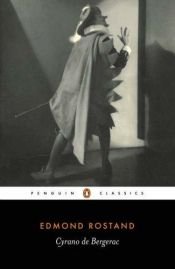 One of the most beloved heroes of the stage, Cyrano de Bergerac is a magnificent wit who, despite his many gifts, feels that no woman can ever love him because of his enormous nose. He adores the beautiful Roxanne but, lacking courage, decides instead to help the tongue-tied but winsome Christian woo the fair lady by providing him with flowery sentiments and soulful poetry. Roxanne is smitten—but is it Christian she loves or Cyrano?
A triumph from the moment of its 1897 premiere, Cyrano de Bergerac has become one of the most frequently produced plays in the world. Its perennial popularity is a tribute to the universal appeal of its themes and characters.

The Restaurant at the End of the Universe