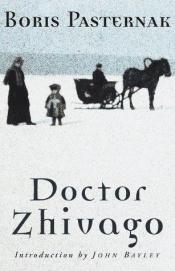 In the grand tradition of the epic novel, Boris Pasternak’s masterpiece brings to life the drama and immensity of the Russian Revolution through the story of the gifted physician-poet, Zhivago; the revolutionary, Strelnikov; and Lara, the passionate woman they both love. Caught up in the great events of politics and war that eventually destroy him and millions of others, Zhivago clings to the private world of family life and love, embodied especially in the magical Lara.
First published in Italy in 1957, Doctor Zhivago was not allowed to appear in the Soviet Union until 1987, twenty-seven years after the author’s death.

In the First Circle