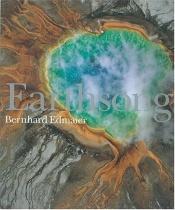 There are wide expanses of the earth's surface that are untouched by human influence. Here nature reigns and natural phenomena dominate and define the landscape. Photographed from above, the sights of volcanoes, glaciers, coral reefs, canyons, sea beds and rivers reveal the delicate and monumental natural patterns that are etched on the earth's crust. Bernhard Edmaier's photographs capture the beauty of these unspoiled areas and document phenomena that may last for a few brief moments or remain for millions of years.
Earthsong divides the planet into four parts reflecting the major environments that cover its surface - Aqua (water), Barren (tundra), Desert (lands with minimal precipitation), and Green (forest and grass land). Thus the frozen ice of the Arctic appears with the warm oceans of the Pacific; we see coastal deserts alongside underwater deserts, glacial deserts and sand deserts; the lush green forests of Europe are juxtaposed with desert flowers; and floating river algae and icy alpine summits appear with the barren wastelands of the far north. Earthsong celebrates the boundless beauty of our planet and covers areas from the Bahamas to Ethiopia, New Zealand to the United States, Europe, Ecuador and the Antarctic.

Photographing the landscape : the art of seeing

Down in the garden

A geisha's journey: my life as a Kyoto apprentice