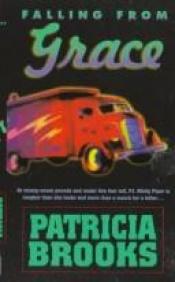 At ninety-seven pounds and under five feet tall, P.I. Molly Piper is tougher than she looks and more than a match for a killer....

On an island shaped like a dolphin, in a tiny hamlet called Grace, Molly Piper has escaped her past: as a Chicago cop and a victim of a violent crime. With her boyfriend giving her enough space--he's a police chief on the mainland--and her P.I. work paying the rent, Molly has found a wooded, windblown piece of heaven in the middle of Puget Sound. Or so she believes, until a serial killer comes ashore.

The press has named him the Crucifixer, and the mainland has witnessed his terror. Now Molly, caught up in a complex missing person's case, has found his handiwork on Prince Island: a killing scene involving a funeral pyre, a cross, and a dead body. For Molly, the secrets of a missing woman and a haunted family are leading to a madman whose identity she must uncover--not just to protect her beloved island, but to save her life.

Messenger of Truth: A Maisie Dobbs Novel (Maisie Do …

Over Her Dead Body #4