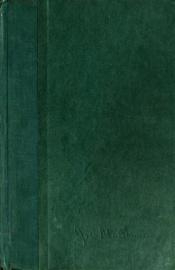 The controversy over Fatal Vision, journalist and author Joe McGinniss's best-selling 1983 true crime book, is a decades-long dispute involving as well several other published works.
In 1970, at their home on Fort Bragg, North Carolina, Green Beret Captain Jeffrey MacDonald, M.D., was injured, and his pregnant wife and two young daughters were murdered. MacDonald told Army investigators that they had been attacked by multiple assailants; the details were reminiscent of the sensational Tate-LaBianca murders of the preceding year. After several months of investigation, Army lawyers charged McDonald himself with the three murders, leading to a three-months-plus adversarial hearing that recommended he not be prosecuted. In 1971, his father-in-law became progressively suspicious of McDonald and sought formal reopening of the case; in 1974, a Federal judge acted on a citizen's criminal complaint by him and others, by putting the case before a grand jury. McDonald was indicted, and after two rounds of appeals to Appeal and Supreme Courts, went to trial in 1979.