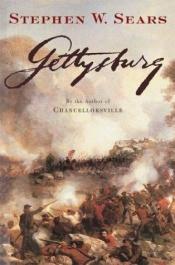 A masterful, single-volume history of the Civil War's greatest campaign.

Drawing on original source material, from soldiers' letters to official military records of the war, Stephen W. Sears's Gettysburg is a remarkable and dramatic account of the legendary campaign. He takes particular care in his study of the battle's leaders and offers detailed analyses of their strategies and tactics, depicting both General Meade's heroic performance in his first week of army command and General Lee's role in the agonizing failure of the Confederate army. With characteristic style and insight, Sears brings the epic tale of the battle in Pennsylvania vividly to life.

John Bell Hood and the War for Southern Independenc …

The Long Road to Antietam: How the Civil War Became …