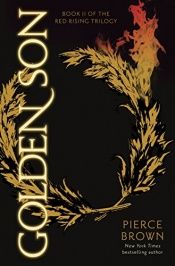 An Amazon Best Book of the Month, January 2015: One of the pleasures of author Pierce Brown’s world building is the juxtaposition of the primitive and high-tech: blood feuds fought with complex weaponry, a game of truth mediated by lie-detecting scorpions, and, of course, an antiquated class system in a world where carvers can make a Red into a Gold. In Golden Son there is no shortage of deception or heroics and the action never wanes. There is no second book slump here, instead Brown amps up the tension by putting Darrow into ever greater physical and emotional conflict. Just like Red Rising, the first book in Brown's series, the end of Golden Son has me counting the days until the next (and final) book is released. --Seira Wilson