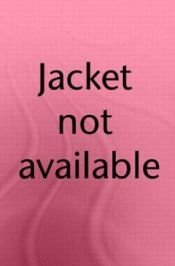 Goldfinger is the seventh novel in Ian Fleming's James Bond series, first published in the UK by Jonathan Cape on 23 March 1959. Goldfinger originally bore the title The Richest Man in the World and was written in January and February 1958. The story centres on the investigation by MI6 operative James Bond into the gold smuggling activities of Auric Goldfinger, who is also suspected by MI6 of being connected to SMERSH, the Soviet counter-intelligence organisation. As well as establishing the background to the smuggling operation, Bond uncovers a much larger plot, with Goldfinger planning to steal the gold reserves of the United States from Fort Knox.
Fleming developed the James Bond character more in Goldfinger than in the previous six novels, presenting him as a more complex individual, whilst also bringing out a theme of Bond as Saint George. The Saint George theme is echoed by the fact that it is a British agent sorting out an American problem.
In common with Fleming's other Bond stories, he used the names of people he knew, or knew of, throughout his story, including the book's eponymous villain, who was named after British architect Ernő Goldfinger.

The Man from Barbarossa