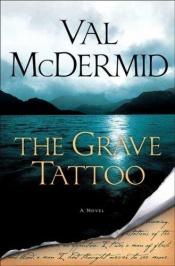 In The Grave Tattoo, suspense master Val McDermid spins a psychological thriller in which a present-day murder has its roots in the eighteenth century and the mutiny on the H.M.S. Bounty.

After summer rains uncover a corpse bearing tattoos like those of eighteenth-century seafarers, many residents of the English Lake District can't help but wonder whether it's the body of one of the town's most legendary fugitives.

Scholar and native Lakelander Jane Gresham feels compelled to finally discover the truth about the myths and buried secrets rooted in her hometown. What she never expected was to find herself at the heart of a 200-year-old mystery that still has the power to put lives on the line. And with each new lead she pursues, death follows hard on her heels….