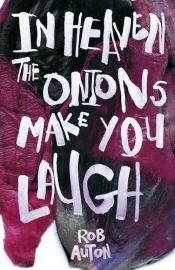 In Heaven the Onions Make You laugh

With two hit Edinburgh Fringe shows under his belt, Bang Said The Gun's Rob Auton delivers his debut collection of poems and stories. In Heaven The Onions Make You Laugh captures the charming, kooky, sideways look at the ordinary and the extraordinary that have gained Rob's live shows a cult following. Through Rob's eyes the world is a magical/beautiful/ridiculous/horrific place to live. It includes the acclaimed A Footballer's Life For Me which was filmed and broadcast as part of Channel 4's Random Acts series.

Rob Auton is an expatriate Yorkshireman living in the alien environment of Walthamstow. He performs regularly all over the UK and is part of London's Bang Said The Gun stand up poetry collective. He has taken two one man shows to the Edinburgh Fringe and hit the headlines in August 2013 when a throwaway gag won the Dave Funniest Joke of the Edinburgh fringe award.

The Marriage of Figaro