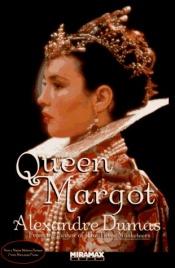 La Reine Margot is a historical novel written in 1845 by Alexandre Dumas, père, whose previous works include The Count of Monte Cristo and The Three Musketeers.
Although La Reine Margot is based on real characters and events, certain aspects of the novel may be inconsistent with the historical record; historians have attributed this to artistic licence and the fact that Dumas might have been influenced by propaganda against certain characters, notably Catherine. Written in French, it was almost immediately translated into English, first anonymously, and soon after by David Bogue as Marguerite de Valois: An Historical Romance.

To Serve Them All My Days