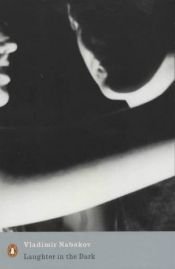 Laughter in the Dark

Laughter in the Dark is a novel written by Vladimir Nabokov and serialised in Sovremennye Zapiski in 1932.
The first English translation, Camera Obscura, was made by Winifred Roy and published in London in 1936 by Johnathan Long, the paperback imprint of Hutchinson Publishing, with the author credited as Vladimir Nabokoff-Sirin. Nabokov was so displeased by the translation's quality that he undertook his own, which was published in 1938 under the now common name, Laughter in the Dark. It is sometimes mistakenly assumed that he was not fond of the book, yet in fact it was based on very personal breakthroughs in his life.
The book deals with the affection of a middle-aged man for a very young woman, resulting in a mutually parasitic relationship. In 1955, Nabokov used this theme again with Lolita to a much differently developed effect.