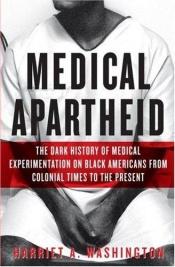 non-fiction by Harriet A. Washington

The House That George Built: With a Little Help fro …

Sweet and Low: A Family Story

Lincoln and His Generals

Human Smoke : The Beginnings of World War II, the E …