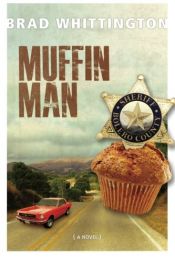 John Lawson, sheriff of the quiet Hill Country town of Bolero, Texas, attempts to quell a feud between the local megachurch and a construction contractor, but it escalates from picketing to vandalism to arson.

The case is derailed by the unwelcome return of John's free-wheeling bipolar father, who arrives in the same red Mustang he drove away twenty-four years ago when he abandoned the family.

But ultimately it is the muffin that his overzealous deputy bags as evidence that threatens John's ordered life, possibly beyond repair.

After six years of silence, Whittington's highly anticipated entrance into the general fiction market combines his considerable storytelling talents with influences as diverse as Richard Russo and Michael Connelly. Muffin Man strikes a balance between comedy and drama and takes the trademark Whittington elements of rich setting, engaging characters, and turn of phrase to a new depth.

The Light of Day

The Footprints of God