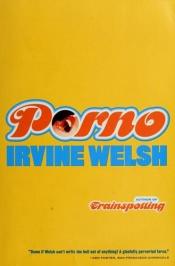 Porno is a novel published in 2002 by Scottish writer Irvine Welsh, and is the sequel to Trainspotting. The book describes the characters of Trainspotting ten years after the events of the earlier book, as their paths cross again, this time with the pornography business as the backdrop rather than heroin use. A number of characters from Glue make an appearance as well.
This sequel picks up ideas of the film adaptation of Trainspotting. One example is the fact that "Spud" has received his share of the drug money, which is shown in the film, but only alluded to in the book.

Oranges Are Not the Only Fruit