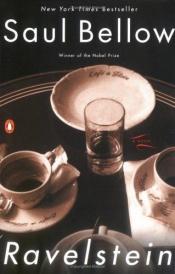 Abe Ravelstein is a brilliant professor at a prominent midwestern university and a man who glories in training the movers and shakers of the political world. He has lived grandly and ferociously-and much beyond his means. His close friend Chick has suggested that he put forth a book of his convictions about the ideas which sustain humankind, or kill it, and much to Ravelstein's own surprise, he does and becomes a millionaire. Ravelstein suggests in turn that Chick write a memoir or a life of him, and during the course of a celebratory trip to Paris the two share thoughts on mortality, philosophy and history, loves and friends, old and new, and vaudeville routines from the remote past. The mood turns more somber once they have returned to the Midwest and Ravelstein succumbs to AIDS and Chick himself nearly dies.

Deeply insightful and always moving, Saul Bellow's new novel is a journey through love and memory. It is brave, dark, and bleakly funny: an elegy to friendship and to lives well (or badly) lived.