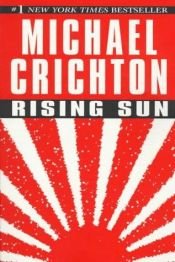 Rising Sun is a 1992 internationally best-selling novel by Michael Crichton about a murder in the Los Angeles headquarters of Nakamoto, a fictional Japanese corporation. The book was published by Alfred A. Knopf.
Although a detective/murder mystery novel at first glance, Rising Sun deals with the controversial subject of Japanese-American relations, and questions the premise that foreign direct investment in the high-technology sectors of the United States is beneficial. Throughout the book, the differences between the Japanese and Western mindsets are highlighted, especially in the areas of business strategy and corporate culture.

Along Came a Spider