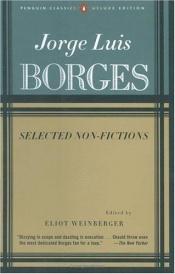 
This unique volume presents a Borges almost entirely unknown to American readers: his extraordinary non—fiction prose. Borges' unlimited curiosity and almost superhuman erudition become, in his essays, reviews, lectures, and political and cultural notes, a vortex for seemingly the entire universe: Dante and Ellery Queen; Shakespeare and the Kabbalah; the history of angels and the history of the tango; the Buddha, Bette Davis, and the Dionne Quints."The sheer range of cultural territory covered in these essays compels awe and bemusement." —Robert Irwin, The Washington Post Book World"Superb ... indispensable to both the longtime Borges reader and the newcomer."—Alexander Theroux, The Wall Street Journal "One reads these many essays ... with amazement at their author's impetuous curiosity and penetrating intelligence." —Richard Bernstein, the New York Times Winner of the National Book Critics Circle Award in criticism Chosen International Book of the Year by George Steiner in the Times Literary Supplement

Consider the Lobster: And Other Essays

The Mystery of the Aleph: Mathematics, the Kabbalah …

Lectures on the Electrical Properties of Materials

Now I Can Die in Peace

My Father's Tears and Other Stories