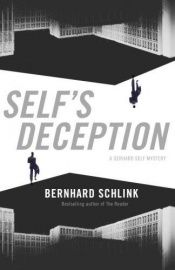 Gerhard Self, the dour private detective, returns in this riveting crime novel about terrorism, governmental cover-up, and the treacherous waters where they mix.

Leo Salger, the daughter of a powerful Bonn bureaucrat, is missing, and Self has been hired to find her. His investigation initially leads him to a psych ward at a local hospital, where he is made to believe that Leo fell from a window and died. Self soon discovers, however, that Leo is alive and well and that she was involved in a terrorist incident the government is feverishly trying to keep under wraps. The result is a wildly entertaining, superbly nuanced thriller that follows one detective’s desire to uncover the truth, wherever it may lead.

Death Is a Lonely Business