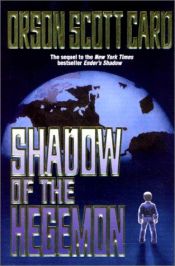 Shadow of the Hegemon is the second novel in the Ender's Shadow series by Orson Scott Card. It is also the sixth novel in the Ender's Game series. It is told mostly from the point of view of Bean, a largely peripheral character in the original novel Ender's Game but the central protagonist of the parallel narrative Ender's Shadow. Shadow of the Hegemon was nominated for a Locus Award in 2002.

This book was amazing! Really love the author. If you have some great stories like this one, you can publish it on Novel Star, just submit your story to [email protected] or [email protected]