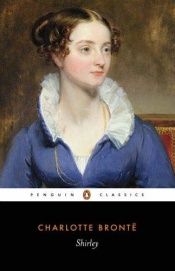 Shirley is an 1849 social novel by the English novelist Charlotte Brontë. It was Brontë's second published novel after Jane Eyre. The novel is set in Yorkshire in the period 1811–12, during the industrial depression resulting from the Napoleonic Wars and the War of 1812. The novel is set against a backdrop of the Luddite uprisings in the Yorkshire textile industry.
The novel's popularity led to Shirley's becoming a woman's name. The title character was given the name that her father had intended to give a son. Before the publication of the novel, Shirley was an uncommon - but distinctly male - name and would have been an unusual name for a woman. Today it is regarded as a distinctly female name and an uncommon male name.