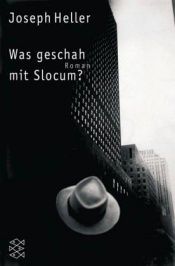 Something Happened is Joseph Heller's second novel. Its main character and narrator is Bob Slocum, a businessman who engages in a stream of consciousness narrative about his job, his family, his childhood, his sexual escapades, and his own psyche.
While there is an ongoing plot about Slocum preparing for a promotion at work, most of the book focuses on detailing various events from his life, ranging from early childhood to his predictions for the future, often in non-chronological order and with little if anything to connect one anecdote to the next. Near the end of the book, Slocum starts worrying about the state of his own sanity as he finds himself hallucinating or remembering events incorrectly, suggesting that some or all of the novel might be the product of his imagination, making him an unreliable narrator.

Amusing Ourselves to Death: Public Discourse in the …

My Life As a Man