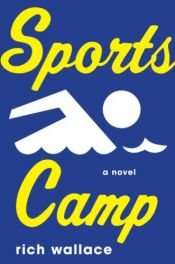 Riley feels like the smallest kid at sports camp. In fact, he is. He just turned eleven in April, but most kids here are twelve, and a few are even thirteen—and gigantic. It’s hard enough for a shrimp like Riley to fit in. He just doesn’t want to be the weak link as his bunk competes for the Camp Olympia Trophy.

Riley knows he’s no good at strength and accuracy games like basketball and softball. But when it comes to speed and endurance events, like running and swimming, he’s better than he looks. He’s pretty sure he can place in the top ten—and bring in major trophy points—in the final mile-long swim race across Lake Surprise. But he doesn’t count on being followed by the shadow of Big Joe, the giant vicious snapping turtle of camp lore. Wasn’t that supposed to be a legend?

Saltwater Buddha : a surfer's quest to find Zen on …