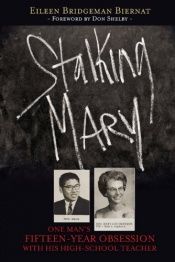 A disturbed adolescent boy, a young female teacher, and a fifteen-year fixation that ultimately led to a horrific and deadly abduction.

In May of 1980, Mary Stauffer and her eight-year-old daughter Beth thought they were preparing for an international mission trip. Ming Sen Shiue, Mary's high-school algebra student from 1965, had other plans. Stalking Mary is the true account of the kidnapping of Mary and Beth Stauffer, the thoughtless murder of a young boy named Jason Wilkman, and the psychosexual ploys of a dangerously deranged Shiue. Using court documents, video and audio transcriptions, personal interviews, and thousands of pages from Shiue’s own sexual fantasy scripts, Eileen Biernat paints a harrowing picture of two families caught in the grip of a nightmare.

After three decades in prison, Shiue is scheduled for release on July 7, 2010--thirty years to the day that Mary and Beth, still chained together, escaped from Shiue’s home where they’d been held captive for seven weeks.

Why Beautiful People have More Daughters : from Dat …

The Frog Who Croaked Blue: Synesthesia and the Mixi …

Into the Darklands: Unveiling the Predators Among U …

The better angels of our nature : why violence has …

Distracted: The Erosion of Attention and the Coming …